Hello everyone! Today I am here to give you all chapter two in my story! I had a really hard time writing this chapter. I am not normally a procrastinator, but I was with this chapter. All week I knew that I should write it but I put it off until today! But here it is and I hope that you enjoy! If you haven’t read the rest of the story, check it out here!

The sun was almost set upon the tiny village of Elipion. There were only five small shacks that were scattered in a small clearing. Surrounding them for miles, were tall trees that swayed back and forth in the cruel wind. If you looked down from above, you would have seen a long, winding river running through the edge of Elipion. Its strong waters rushed furiously down and swept anything in its path away with it.

Looking to the left of the river, you would see a small herd of sickly cattle, grazing on the rough grass a little ways from the houses and tended by two boys who were barely teenagers.

The older of the two, a boy named Wahati, glanced at the darkening sky. He sighed and turned to his companion. “Winter will be coming soon, Aganan.”

Aganan echoed his friend’s sigh. “That is too true, Wahati.” He shook his head. “So many of the cattle have already died and our crops didn’t grow well this year. I’m afraid that we may starve to death this year.”

There was silence for a few moments, as the boys regarded the few cattle before them with an air of remorse.

“Well, we better get the cattle into their pens before it gets dark.” Wahati said, glancing again at the sky.

Aganan nodded. Quickly they made their way to the village. Just after the sun had set, Aganan and Wahati wished each other a goodnight and walked to their separate homes.

Aganan opened the door of his home. The rusty hinges creaked as he pushed it back enough to creep inside. What met his eyes was what he had seen so many times before in the last thirteen years of his life.

The one room shack was dimly lit by a lantern that hung from the ceiling. On the floor there were two piles of hay, covered with thin blankets, which served as beds. At a rough table, with his eyes half covered with his hand, sat Aganan’s older brother, Kawaenea. He didn’t look up when Aganan entered.

Kawaenea raised his head and looked at his brother with sad eyes. “How are the cattle?”

Aganan sat down opposite his brother. “Another one died today.”

“No!” Kawaenea cried and pounded his fist down on the table. “If we keep losing them at this rate, they will all be dead before the winter ends! And if they all die, we will have no herd this spring!” Kawaenea shook his head in disbelief.

Silence filled the shack. The light from the lantern danced across the faces of the brothers. They sat this way for a long time.

Finally Kawaenea raised his eyes and said softly, “Do you still hope, Aganan?”

Aganan laughed shortly. His eyes matched those of his brother’s. They were both empty and sad. “What is there to hope in? That we won’t have many deaths this winter? That maybe our gods will listen to our prayers and send spring to us quickly?”

Aganan shook his head violently. “They are dead, Kawaenea, and I don’t know why you have any hope at all that they are alive. It’s been over ten years since they were kidnapped.”

“They could still be alive!” Kawaenea said. Determination filled his eyes. “And one day, Aganan, one day I am going to leave this miserable place we call home and I will search for our family.”

Aganan sighed. He and Kawaenea had had many conversations like this in the past.

“One day I plan to leave this village, too.” Aganan said. “And I will become famous and rich.”

Kawaenea looked at Aganan and shook his head. “There is no fame for people like us, brother.”

“And there is no hope of finding our family!” Aganan retorted angrily.

Kawaenea stood up and walked over to a little cupboard. He opened it and took out a loaf of bread. Returning to the table, he set it down in front of his brother.

“Here, Aganan, you can eat. I have to take the weekly sacrifice to Coae.” He turned and walked to the door.

Aganan took a bite of the bread. “I don’t know why we give the gods so much of our precious food. They don’t seem to help us much.”

Kawaenea turned fiercely to his brother. “Don’t taunt the gods, Aganan, or they will send a plague to kill us all.”

A moment later, Aganan was left alone in the house.

Kawaenea, with a small basket of grain, made his way quickly to the house of the village leader and the priest, Coae.

Coae was a middle aged man who lived with his wife Oanea and his nephew Wahati. Coae and Oanea had never been able to have children of their own. When Wahati’s whole family died in an epidemic of sickness, Coae had taken his orphaned nephew into his home and raised his as his son. Wahati was now fourteen years old. He was a strong boy and he was determined to win the gods favor and to one day become the leader of the village, just like his uncle.

As was the custom in Elipion, Kawaenea announced his presence at Coae’s home by whistling loudly at the door. Coae appeared a moment later and Kawaenea stepped inside. Coae’s shoulders were wide and ripped with muscles. His face wore a look that spoke of hardship and pain in the past.

“I have brought the grain for the sacrifice.” Kawaenea said quietly.

Coae nodded. “You are faithful to our gods, Kawaenea. They will bless you.”

Kawaenea sighed and looked away from the strong man.

“Is there something wrong?” Coae asked, looking at the young man in front of him.

Kawaenea raised his eyes and looked into the dark ones that belonged to Coae. “My brother said something to me before I came here, that’s all.”

“Is that what is troubling you, my son? What did Aganan say?”

Kawaenea sighed again. “He wondered why we sacrifice to the gods and give them so much, when they seem to give nothing in return. I told him that he was foolish and shouldn’t say such things, but I can’t get his words out of my mind.”

Coae motioned to a rough seat. “Sit down, Kawaenea, and I will put your mind to rest.” He settled himself into a chair beside the young man. “You see, your brother is young and foolish. He cannot see all the ways that the gods work to help us.”

“Maybe I am foolish, Coae.” Kawaenea said, running his hand through his black hair. “I cannot see how the gods have helped us. My parents and sister were kidnapped when my brother was three years old. At eight, I was forced to care for my baby brother and provide sufficient food to keep us from starving during the winter. Where were the gods?”

“They helped you live.”

Kawaenea glanced towards the door. “I just don’t understand why the gods seem to be bent on destroying us.” He stood up and left without another word.

Coae watched him go and shook his head. “This is not good for us.” Stepping to the door, he looked out across the dark landscape. “I hope that Kawaenea and Aganan will stop their doubts before it destroys our whole village.”

A cold gust of wind forced Coae to return inside. Winter seemed to be coming sooner than normal. Coae feared that the fierce cold would destroy his village. Little did he know what change would come to his village that winter.

Meet Cailyn, co-author of DOTL I love reading, writing, photography and, most of all, serving my Jesus! Visit my About Me page to learn more about me!

Meet Hattush, co-author of this blog, and creator of it back in 2018. She loves music, books, writing her penpals, photography and seeking Christ. Visit her About Me Page for more info on her! 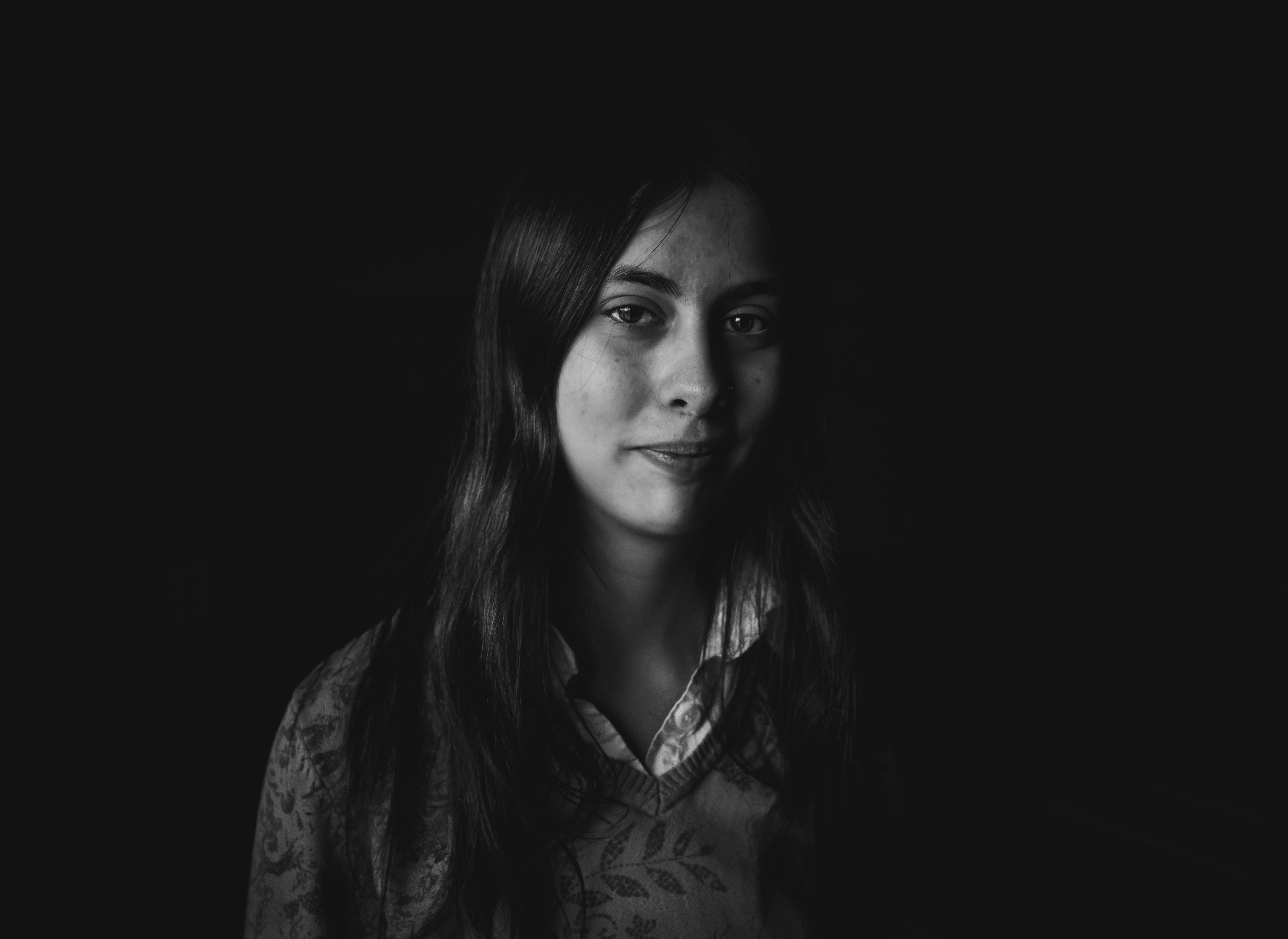 Why are you cast down, O my soul, and why are you in turmoil within me?

Hope in God; for I shall again praise him, my salvation and my God.