The date is February 25, 2020 and I am on a quest to better my writing. For the past little while, I’ve been working on this one story, but it’s just got too many holes and too much to fix. So I’m trashing it and starting over completely. There are a few things that I definitely want to be for my story:

I can’t have too many people. The last story I wrote had four people who were working together to try to find something. While that many people may work for some authors, it doesn’t for me. Three is the max. Two is the minimum. I’ve found that stories work best when the main character has two companions. Three companions are too many for me.

So rule number one: one main character with one to two companions to help guide him/her to his/her end goal

Another thing I’ve realized is that my characters don’t work. My characters personalities are just all over the place. I need to clearly define their character and have them stay in that character to some extent. They can’t be a scared-y cat one day and brave the next. They can have a slow change, but they can’t just change overnight, without anything happening and it needs to be deliberate and for a purpose and not just laziness on my part.
An evil person doesn’t just go to sleep one night and wake up the next morning and think, “Hey, I’m going to become the pillar stone of virtue” without something drastic happening to change his heart.

I also seriously need to work on getting to know my characters. So many of them are bland and flat ‘cause they don’t have any personality. IT’S DRIVING ME CRAAAZY! I need to learn how to make real people into storybook characters.

I have a tendency to make very tragic back stories for all of my characters. That’s great….but, try to make a really tragic back story for just one or two of the people, please, and not all of them. It gets really depressing if they all have awful past lives and are dealing with the trauma of that. It also gets in the way of the story.

And make the backstory tie into the story, otherwise it’s just confusing. Make them have interesting lives, too, not just perfect lives or no backstory. ‘Cause their past DOES influence their present and it is important to know what their childhoods were like and to be aware of any events that defined/hurt/changed them.

Rule number three: make the backstories tie into the current story and don’t overdo it on the tragedy

Obviously, don’t make the protagonist evil to the core or anything. But being human means having flaws and weaknesses. And it is those weaknesses and flaws that people relate to and learn from. So yes, make the main character a morally “good” person (to some extent – all of this is variable depending on the context of the story, what happens in the story, what the character learns, how she/he changes, etc.)  but have the flaws as well.

Rule number three: make the characters relatable and not perfect

BAD GUYS!!! This is an element that I’ve left out of a lot of my stories and it’s what has been missing a lot. The antagonist! The antagonist doesn’t necessarily have to be a person. It can be anything that gets in the way of MC’s goals or is trying to hurt/stop/hinder MC as he/she attempts to get to their goal. In the few stories that I have an antagonist, he/she is VERY weak and…uh, doesn’t have a character or much common sense. Basically, it’s a very very shallow, weak character. Sigh. So the antagonist certainly  needs some work. Yup. *nods*

Rule number four: have an antagonist that doesn’t have a shallow character 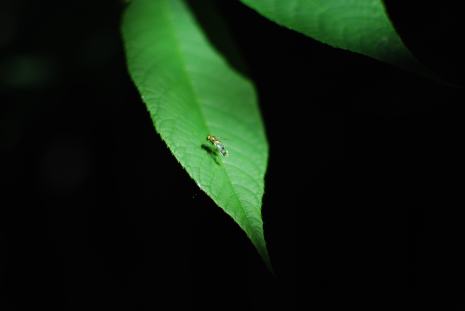 Okay, what else? Morals! Yes. The story obviously needs a moral. I don’t want it to be a senseless story with no point at all. I want it to teach something and I want it to be something that will instruct and help someone – but subtly. Let the story tell the message – not me.

Rule number five: have a clear moral that is told gently through the lives of the characters and their experiences

I seriously need to plan out my whole story. I need to get a pen and a huge paper and just graph out everything – big and little – that happens. If it’s going to be a novel, it needs to have several sub-plots to keep the readers interest. If it is a novella or a shorter story, it needs to have at LEAST ONE subplot, but preferably more. All in all, everything needs to be leading up to the main huge climax. What I’ve noticed in books/movies is that in that huge climax, there are a number of little wins and losses. Say, for instance, the climax is a battle between two men (the antagonist and the protagonist). This is the scene where, at first, Mr. Pro is winning and everything seems like maybe just maybe it’ll be okay. Mr. Pro is so near his goal! But then Mr. Ant gets the upper hand. Go back and forth a couple minor times, then Mr. Ant has Mr. Pro trapped and everything is at its most hopeless point. (e.g. Mr. Ant is about to plunge the sword into Mr. Pro’s heart). Not only will Mr. Ant win but Mr. Pro will lose everything that he has spent the whole story trying to get. And likely, not only Mr. Pro will suffer because of his death. This is the point where the audience holds their breath and you have their fixed attention. THE WHOLE STORY IS HANGING BY A SINGLE THREAD. *insert long dramatic pause* AND AT THIS THE MOST HOPELESS POINT *THUMPING OF OUR HEARTS AND BITING OF OUR NAILS* SOMETHING HAPPENS AND MR. PRO DOESN’T DIE!!!!! The audience/readers cheer and the fighting resumes. Mr. Pro and Mr. Ant go back and forth for a bit more, and it usually ends with Mr. Ant getting killed or having justice served out against him/her. *triumphant music* Mr. Pro now has a few minor struggles as he reaches his final prize and is victorious! The story winds down and comes to a nice close. *insert smiling reader closing the book* *wishes that that reader was reading one of my stories and was pleased with the whole thing*

Another problem with my plots is that I have a habit of leaving blank spaces and lots of holes….and then I either end up giving up….a lot of times, I don’t have a clear climax and the story is just muddled and boring. Ugh. Yes. So, work out the holes before I start the story. *nods*

I also have a tendency to make Mr. Pro get out easy. I hate coming up with/writing complicated scenes (aka interesting scenes) between Mr. Pro and Mr. Ant, so I have a habit to make the grand climax more like a puny bump in the road. *sighs* I just need to put the work in and get a good climax. That is seriously a huge thing that my stories lack and it is vital to a good plot and story. *sighs in frustration*

Rule number six: have a clear plot. Have that and the sub-plots figured out BEFORE I start writing the story. Make the story lead up to the grand climax and make it hold the reader’s attention – whatever the climax may be.

Basically, I need to ask myself a simple question: what does my main character want and what is standing in their way? Figure those two things out and you’ll be on your way to a good story. EXAMPLE TIME:

What she wants: to buy an ice cream cone

What is standing in her way: she doesn’t have money

Story idea: the girl sees an ice cream cone day after day and longs for it. Girl decides to get that ice cream cone no matter what. Girl goes out and looks for a job. After searching for a while, she finds a job. She gets paid just the right amount. BUT AT THAT MOMENT, without her knowledge, THE ICE CREAM OWNER DECIDES TO MAKE THE ICE CREAM CONE ONE DOLLAR INSTEAD OF NINETY-NINE CENTS. She’s on her way to get the ice cream cone. She’s at the ice cream stand. BUT SHE’S A PENNY SHORT! *gasping, weeping, wailing* WHAT OH WHAT SHOULD SHE DO?!  (Climax) Questions run through her mind. Should she steal the ice cream? Should she leave and find another job? Should she beg the ice cream man to give it to her? (I mean, you’d have to be pretty hard hearted to say no to a cute little girl who is one penny short for the ice cream cone that she’s been longing for the whole story….) What she decides to do is the rest of the story.

*grins* So, while that may be a silly example, it illustrates my point. *ahem* Moving on…..

Rule number seven: What does MC want and what is standing in his/her way? FIGURE THAT OUT!!!

Until next time, writers!