Hello humans! My name is Peskedy and, since I am the oldest of us who are going on this trip, I thought I’d write about the first day of the trip my human (Hattush) and her family are taking.

Day #1 was very busy. The family would leave right after their daddy got done with work.  All morning they were busy packing and cleaning up the house. When eight humans go somewhere for two weeks, there is a LOT of stuff that they take. It is amazing to see how much they need! All the kids had to take showers before they left. That is a BIG challenge because several of the youngest ones don’t like the shower.

Jehosheba also had a fun phone call with her pen pal. (I’m STILL not sure how phones work….)

All me and my Chewie siblings were taking was a blanket, some food and a gun. (Guns are very important to our survival as toys.) Johnny, of course, brought his special doll and blanket.

At last, around 4:30, the family was finally in the van! Their stuff was packed EVERYWHERE. My Chewie siblings and I were packed tightly into a small bag and then thrown into Hattush’s larger bag. It’s a good thing we are just made out of cloth and stuffing. Otherwise, we would have been crushed beyond repair.

The family was heading away from their home to the home of the kids uncle. They would spend the night there and then journey on the next day.

The family ate a snack-y dinner as they drove. They had cheese puffs, sandwiches and – the best part – fudge. Hattush dropped some onto the bag where we were laying squished together. We were very pleased at the food and we quickly ate it up. (I mean, we are so small that even one cheese puff was enough for all of us to have a good dinner!) Later in the drive, the family got ICE CREAM as well! We were all loving eating what the family ate!

A long time later, after it was dark, the family arrived at Uncle’s house. Hattush picked up her bag – with us in it – and we went inside. Hattush, Jehosheba, Nahum and Baruch played games with Allie – their cousin. 🙂 Hattush should have taken pictures, but she had forgotten her camera in the van. Rats.

A very, very, very long time later (at least it felt that way to us Toys. Hattush didn’t seem to notice how very late it was) everyone finally settled down for a nice relaxing sleep. It was at least 1 am. Hattush fell to sleep pretty quickly, which was a first for her. She, uh, rolls around a lot normally. The loud noise keeps me up, too. *Groans* Hattush doesn’t seem to notice, though.

*Peskedy smiles and lays down his pen with a happy sigh. Prasel pushes in to write day #2*

Ahh! It is good to be in charge of the writing again! Did you guys miss me? You don’t have to say that you did, I KNOW for a fact that you missed me very much while boring Peskedy was writing this.

*Maryanne gently pushes Prasel aside and sits down*

Prasel: hey, what are you doing?!

Hey all. I am Maryanne and I will be telling you about what the family did on the 3rd day of their trip. The family SADLY left their uncle’s house and drove a few minutes over to a friends’ house. Hattush was VERY happy because she got to see her dear friend and pen pal, Elizmen! The two families shared an amazing breakfast and Hattush and Jehosheba had a wonderful time talking with their dear friends. ❤ Hattush should have taken some pictures, but she sadly left her camera in the van again. 😦 After spending a very short two hours, my humans said goodbye to their friends and got in their van again. They drove a few minutes to Hy-Vee to meet a couple of Mommy Human’s friends.

The whole family went into the store and feasted on huge doughnuts. (Hattush ate waaaaaay too many and got waaaaay too full). After about an hour of talking, my human family said goodbye and hopped into their crowded van. This time they were heading to their great-grandma’s nursing home to visit her. It was a couple hour drive and Hattush was very tired. She curled up under a blanket (which shed all over her shirt XD) and went to sleep.

The family picked up food at their favorite restaurant (or at least the one they go to most often XD) Culvers. They took it with them so that they could eat with their great-grandma. 🙂 It was a very nice visit. Hattush and Jehosheba were happy that they could see so many people on their trip.

It was a five hour trip to the next place – where they would spend the night. Around 7, after a very boring and long drive, the family arrived at their friends’ house. The boys immediately went off to play with their friend, Silas. Hattush and Jehosheba talked to their friend, Willow, and ate GREAT food. (Don’t ask me how I know….I didn’t taste any….In fact, we Chewies can’t really eat because we have no mouths….come to think of it, I shouldn’t be writing this either, because I have no hands or eyes….or a brain for that matter….Hmmmm….) It was a good night and Hattush was very pleased at the events of the day. (Again, she forgot her camera in the van, so there are no pictures yet. I promise there will be soon!)

4 thoughts on “Our Travels Continued” 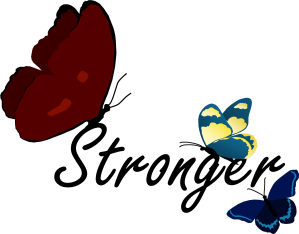