I am so excited!!! I have decided start a little series on my blog!!! Every Saturday for the next couple months I will post a chapter of my new story Hope to Elipion for you all to enjoy!! Tomorrow I will release the first chapter! Today, though, I am here to tell you a bit about the characters in the story and their world…

The world of Belda

This story takes place in an imaginary world named Belda. Belda is divided into twenty countries. Each country is ruled by a king (or in rare cases, a queen). Our story takes place in the country of Kaiana. This country is vastly uncivilized. There are a several fortified cities, but most of the people live in tiny villages in the forested mountains. Life is very hard for them. Winter lasts for most of the year. It is hard to grow crops and raise livestock. If they fail to do that during the short summer, they will starve during the winter. The villages are small and filled with malnourished people. Most everyone has lost someone to starvation or sickness. Many of the villagers have no idea of life beyond their poor communities. Their fathers and grandfathers and great-grandfathers lived on the land and died on the land. That is what many of them will do as well. Some of the larger villages have learned how to read and write, but the people in the remoter villages cannot. Altogether, survival for many of these families is hard.

Most of the story happens in this tiny village. There are only four families who live here at the beginning of the story. There is no school or church. No one can read and write. In the life that they live, reading and writing is not a necessity. Knowing how to survive the harsh winters is of a greater importance. The village is located in a small clearing in the middle of a large forest. A river runs through the edge of their village. Each spring it floods. Sometimes it floods more than normal and it destroys the houses of those who struggle to survive in Elipion. The river, however, offers a good source of fresh water and fish during the summer. It is dangerous, though, with its fast currents and treacherous creatures that inhabit it. The village is cut off from anyone else. Some people have left the village…never to return.

There is a small shack that serves as the village place of worship. The people of Elipion are very devoted to their religion and their gods. They believe that if they offend their gods in any way, they will all die of sickness or starvation. The leader of the tiny village, a man named Coae, also acts as the priest. He leads all the sacrifices and is in charge of the worship to their gods.

There are four families that live in Elipion at the beginning of our story:

Adahlet and Wahlquist – The first shack is inhabited by two people. Adahlet is a fifteen year old orphan who lives with her aging grandmother, Wahlquist. Wahlquist’s husband died five years before when he had accidently fallen into the swollen river and drowned. Adahlet’s mother and only sister had died the winter before. Adahlet’s father had died of a broken heart earlier that year. Wahlquist had taken the orphan into her home. They are very poor and, without Adahlet’s hardworking father to work the ground that summer, they barely have enough food to last the winter. They both know that if the winter was longer than normal, they will starve.

Adahlet is tough. She stares her problems in the face and doesn’t back down until she has subdued them. She is very good at keeping house, cooking, curing meat and drying fish. Her mother was always sickly, so Adahlet learned how to do those things early.

Uloke, Eserana and Weena – Eserana is thirteen. She lives with her father, Uloke and her eleven year old sister, Weena. Eserana’s mother left their family a few years before. Village life was too hard for her to endure anymore. After watching her newborn son die of starvation during the winter, her strength broke. One day she took a boat and left down the river. She was never heard from again. Since then Uloke has devoted himself whole-heartedly to his work. He spends as long as possible away from his children – they remind him of his wife and dead son. Eserana and Weena take care of themselves. They do all the jobs that their mother used to do. They both believe that their father doesn’t love them at all. They long for his love and they do everything they can to please him. Uloke loves his children very much but he doesn’t know how to show it very well. Eserana dreams of one day leaving her village and finding her mother.

Coae, Oanea and Wahati – Wahati is fourteen years old. He lives with his uncle, Coae, and his aunt, Oanea. Wahati’s immediate family all died when an epidemic of sickness swept through the village five years before and wiped out more than half of the people of Elipion. Wahati is a strong boy. He is a hard worker.

Coae is leader of Elipion. He is very devoted to his gods and if anyone disobeys them, Coae sees that they are severely punished. Coae is a strong, hard man. He has high hopes for Wahati’s future.

Oanea is a quiet woman who rarely engages with her neighbors. She weaves cloth and makes clothes for the whole village. She and Coae were never able to have children of their own. They treat their young nephew as a son.

Kawaenea and Aganan – Aganan is thirteen. He lives in a shack with his older brother, Kawaenea, who is eighteen years old. Kawaenea is a very serious young man. He rarely smiles and worry always seems to be written on his face. Their parents and older sister Ruthanne had been kidnapped by a group of savage nomadic people when Aganan was only three years old. They have never heard from their family since. Aganan believes that they are dead. But Kawaenea has a secret hope that they are still alive. One day, he longs leave his village and find his family. Aganan also desires to one day leave his village, but his desire is different than his brother’s. He longs to seek fortune and fame.

Is there hope for Elipion?

The people of Elipion are in a desperate situation. They are all sad, hopeless and missing someone who was no longer with them. But there is hope…

Ecrea, Hanewal, Sabelet and Tuskanah – Ecrea is a man with a strong faith in Jesus. He and his wife, Hanewal, had lived in the village of Hudea for their whole lives. They never knew anything about Jesus or his sacrifice for them. Ecrea and Hanewal had two daughters. Sabelet, who is fifteen when our story begins, is a girl who will give everything for something that she believes in. She is brave and doesn’t fear what people think of her. Her younger sister, Tuskanah, age thirteen, is much quieter and has a lot of fear. She longs to be like her older sister.

One day, a few months before our story begins, three Christian missionaries came to the village of Hudea. They shared the good news with the people there. Ecrea and his whole family were touched by the gospel. They accepted Jesus into their lives. But the rest of the villagers, who feared their gods, killed the missionaries. Now Ecrea, Hanewal, Sabelet and Tuskanah face having to leave their village – or worse – because of their faith.

Hey! I'm Hattush C. I love writing, blogging, playing with my sugar gliders and hiking. And, of course, eating cookie dough. I seek to follow God with my whole life and to bring hope to the world. Check out my blogs for more about me, my faith, my life...and my sugar gliders. ;) View all posts by Hattush

Meet Hattush, writer, reader and owner of her beloved pets Ink & Dreamer. Head over to the About Me page to learn more! 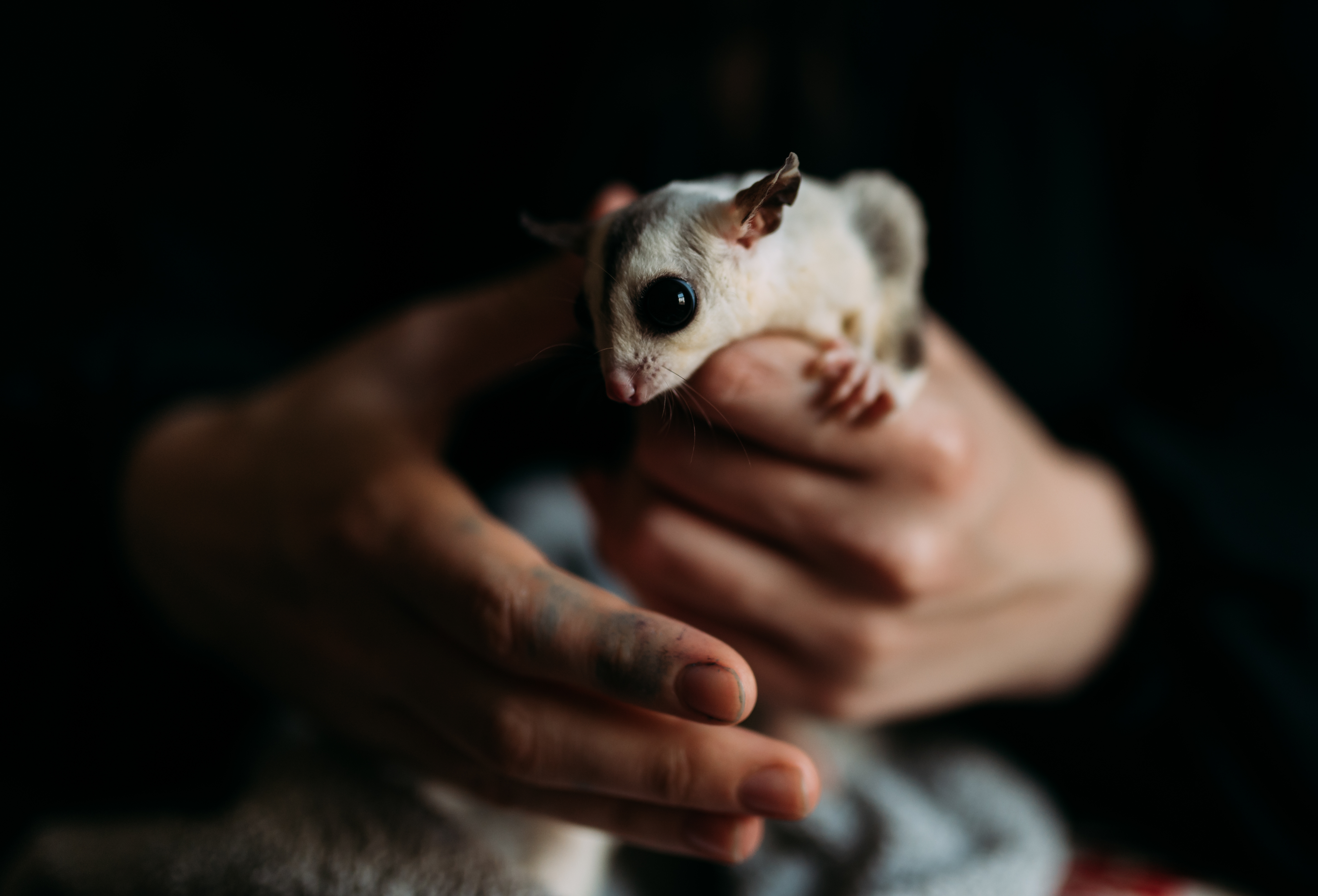 “Be faithful in small things because it is in them that your strength lies.”